Lundi is not only the French equivalent for ‘Monday’, it also means puffin in Icelandic. There are estimated 8 to 10 million puffins inhabiting Iceland, as it is home for more than 60% of the world’s entire Atlantic puffin population. These little birds with a funny and cute appearance can also be called ‘Clowns of the sea’ or ‘Sea parrots’, especially for their colorful beak. However, their color change during the year. Year-round, Atlantic puffins are white below and black above. During the breeding season, their face is grey-white but during non breeding season, their face turns dark grey. Also, during spring time, their beak and feet turn a colorful orange in preparation for breeding season. 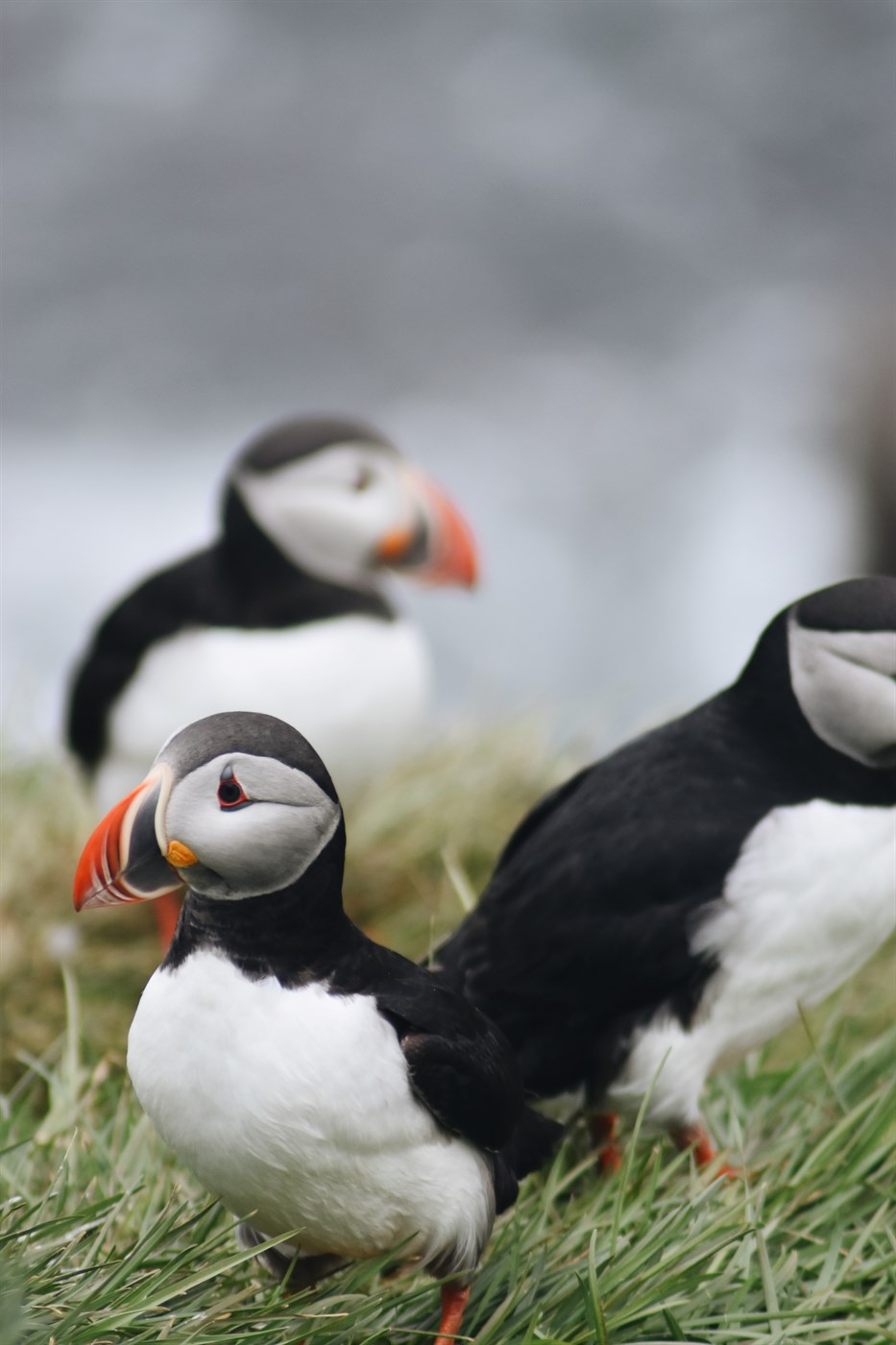 Most of the time, puffins are widely spread across the ocean, so it’s hard for anyone to find them. However they ashore sometimes and especially during the summer season. Indeed, that’s especially between May and August that you’ll have more chance to meet those cuties in Iceland. June and July are the best months to see them. Early mornings or evenings are the best time to seek for them.

The best spots for puffin sighting in Iceland: 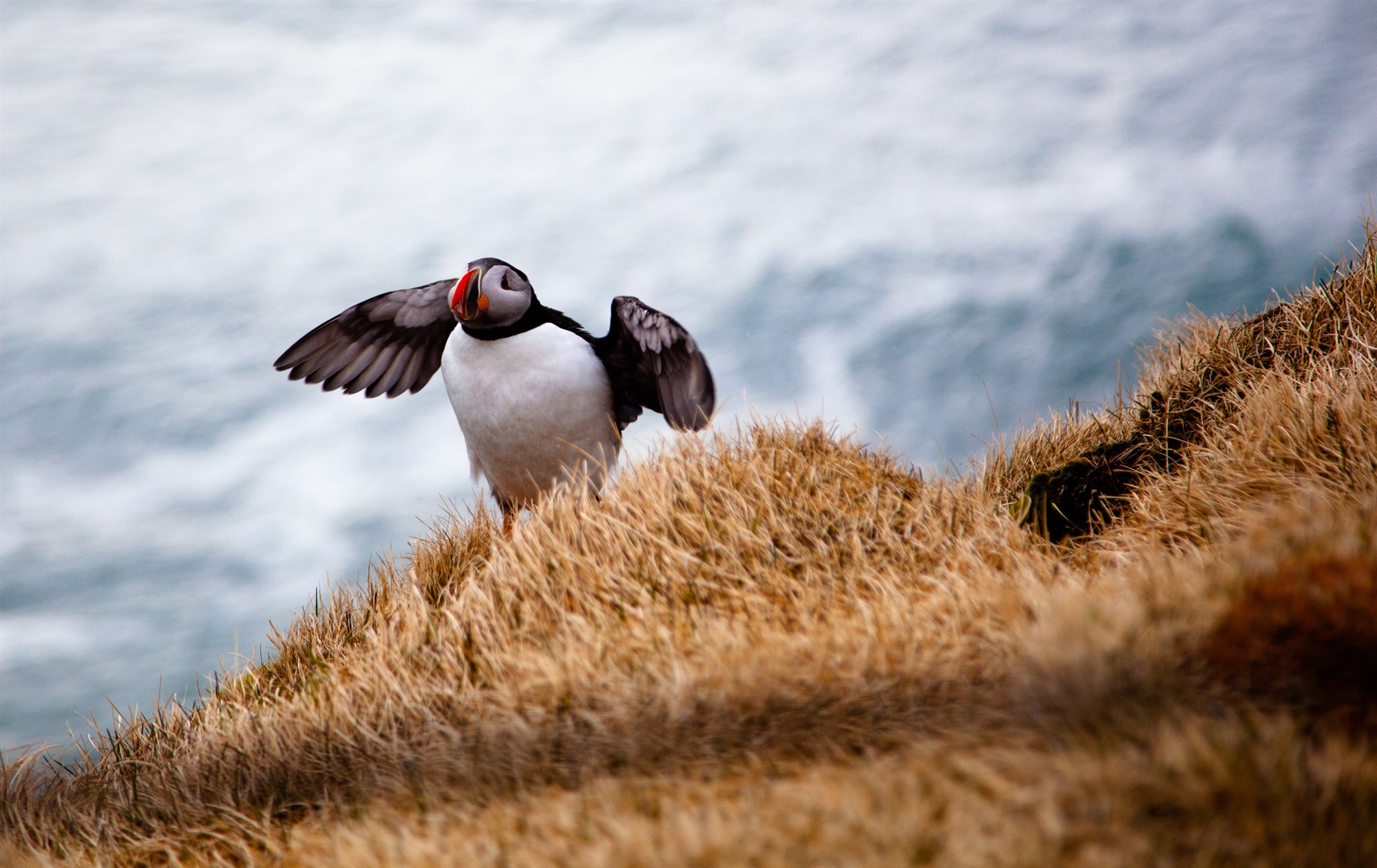 Fun fact #1: Those birds have very long lives, in bird terms. The average lifespan of a puffin is usually 20 to 25 years.

Fun fact #2 : Puffin love. Puffins are monogamous. Usually, a couple can stay together for over 20 years. Now we can call that loyalty!

Important tip: please, just look the puffins when you see them! Even if you want to, do not to touch or feed them. They are friendly and curious, but they are still wild animals. You could harm them and we’re sur that it’s not what you want!