South Iceland has some of the most beautiful sights to offer. See the Golden Circle, walk along the Diamond Beach, watch icebergs float around the Glacier Lagoon, and explore stunning waterfalls.

Reykjavík
All Year Around
3 days
Moderate

If your time is limited, but you still wish to see almost everything that the Southern coast of Iceland has to offer, this tour is definitely for you.

We will be starting this tour by visiting the beloved Golden Circle which is an essential part of every Icelandic holiday. The Golden Circle leg of the tour at the Þingvellir National Park, where the first parliament in Iceland took place in the year 930. We will also show you the mother of all geysers, Geysir and the wonderful Gullfoss waterfall as well. If the weather conditions are ideal, we will be able to see the Langjökull glacier on the way to the Secret Lagoon which was formed in 1891 and is still a popular swimming pool, which is powered by the local geothermal hot springs.

The following day, after breakfast, we will be visiting two famous waterfalls, Seljalandsfoss and Skogafoss. If the weather allows, we will escort you behind the waterfall curtains at Seljalandsfoss, while Skogafoss was featured on "Game of Thrones". One of the highlights of this trip follows, a glacier hike on the breathtaking Sólheimajökull glacier. Next, we wish to show you the idyllic Reynisfjara black sand beach, the surrounding cliffs are the home to hundreds of puffins during the summer season.

The following day, we will drive you to the unforgettable Jökulsárlón glacier lagoon and the neighboring Diamond Beach. The latter sight was named due to the clear ice that gathers on the black sand beach. As for the historical segment, we stop at Hofskirkja, which is a turf-roof church, only six of them are left in the whole country, so otherwise, it would not be likely to encounter another of these architectural gems. On the way back to Reykjavik, we stop at the Laki lava field, which appeared in 1783/1784, after the deadly volcano next door managed has erupted. The tour concludes with a dinner stop and you will return to town around 8:00 in the evening with lots of great new memories. 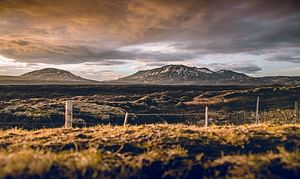 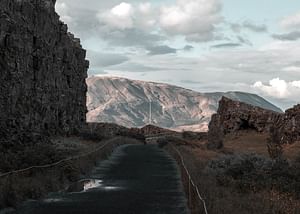 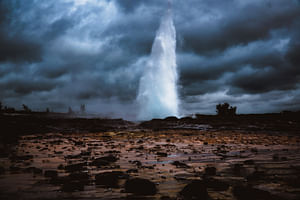 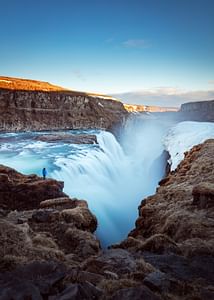 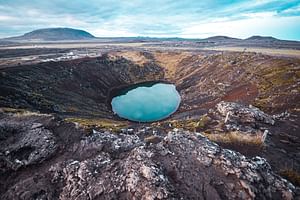 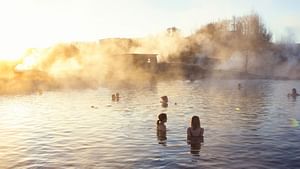 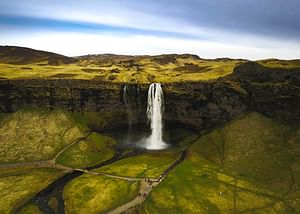 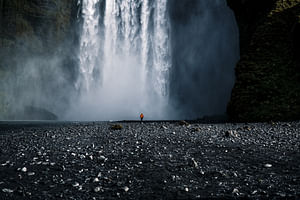 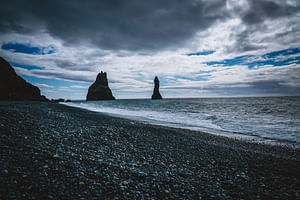 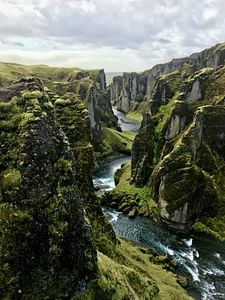 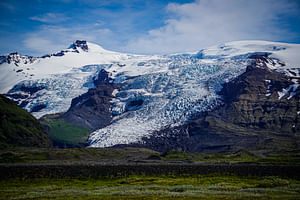 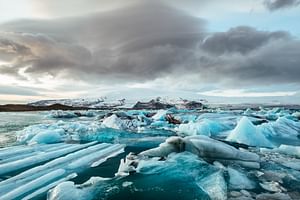 It's time to head on the road. Today we explore the Golden Circle. Our first stop is at Þingvellir, the place of the first Icelandic parliament. The first parliament was established there in 930 AD and it is, therefore, the oldest one in Europe. Besides all the history you can also see the Mid-Atlantic ridge. This is the split of the tectonic plates that divides Europe from North America. After that, we stop at Geysir. This "water puddle" gives its name to all the other Geysers in the world. It erupts every 5-8 minutes and it is truly a big spectacle. After a short ride, we arrive at Gullfoss, the golden waterfall. In the summertime, up to 130 000 liters per second are running down this powerful waterfall. In good weather conditions, we are also able to see Langjökull glacier. Before we drive to our hotel, we end the day with a visit to the Secret Lagoon. It was formed in 1891 and is still a popular place for all the locals in the area. It is therefore the oldest swimming pool in the country with a constant temperature of 38/40 °C, thanks to the hot waters from surrounding geothermal activity.

We have breakfast at the hotel and afterward, we go back on the road. Our first stop is Seljalandsfoss waterfall. If conditions allow we walk behind the waterfall curtains. After a short ride, we arrive at Skogafoss waterfall. Skogafoss was featured in "Game of Thrones" and it is said that one of the first settlers has buried a treasure chest behind it. Now it is time for some action. The guide drives you to Sólheimajökull glacier. We put on our safety gear and step on the glacier. Our glacier is around 2,5 hours long with 1,5 hours spent on the glacier. Next up is Reynisfjara black sand beach. The beach was once rated as one of the ten most beautiful places worldwide. In the summertime, hundreds of Puffins are nesting here and the rock stacks called Reynisdrangar are standing picturesque in the ocean next to the beach. Reynisfjara is also the perfect place to grab something to eat. On our way to our overnight accommodation, we pass the Skaftafell national park and Iceland's biggest glacier called Vatnajökull.

After breakfast, we head to one of the most popular locations in Iceland, the Jökulsárlón glacier lagoon. Big icebergs are breaking apart the main glacier and they are then floating around in the lagoon that is situated in front of the glacier. After some time, the icebergs melted enough to float out to the ocean. Waves bring back the crystal clear ice to the black beach next to the lagoon, creating a special place called the Diamond Beach. Now it is time to head back in the direction of Reykjavik. On the way back, your guide will make a stop next to the lava fields that were created during an eruption of the Volcano Laki in 1783/84. The eruption was so severe, that around 25% of the Icelandic population died. Our next stop is at Hofskirkja, an old church with a roof covered with turf. It's one of six turf churches that are left in the country. A great place to learn more about Iceland's history. Next up will be the well-known canyon Fjaðrárgljúfur (please note that the canyon is only accessible from April to October). The canyon is about 2 kilometers long and the cliffs can be high as 100 meters. Definitely, the perfect place to witness the power of mother nature. On our way home we will make stops for dinner and you can expect to be back in Reykjavik around 8 pm.