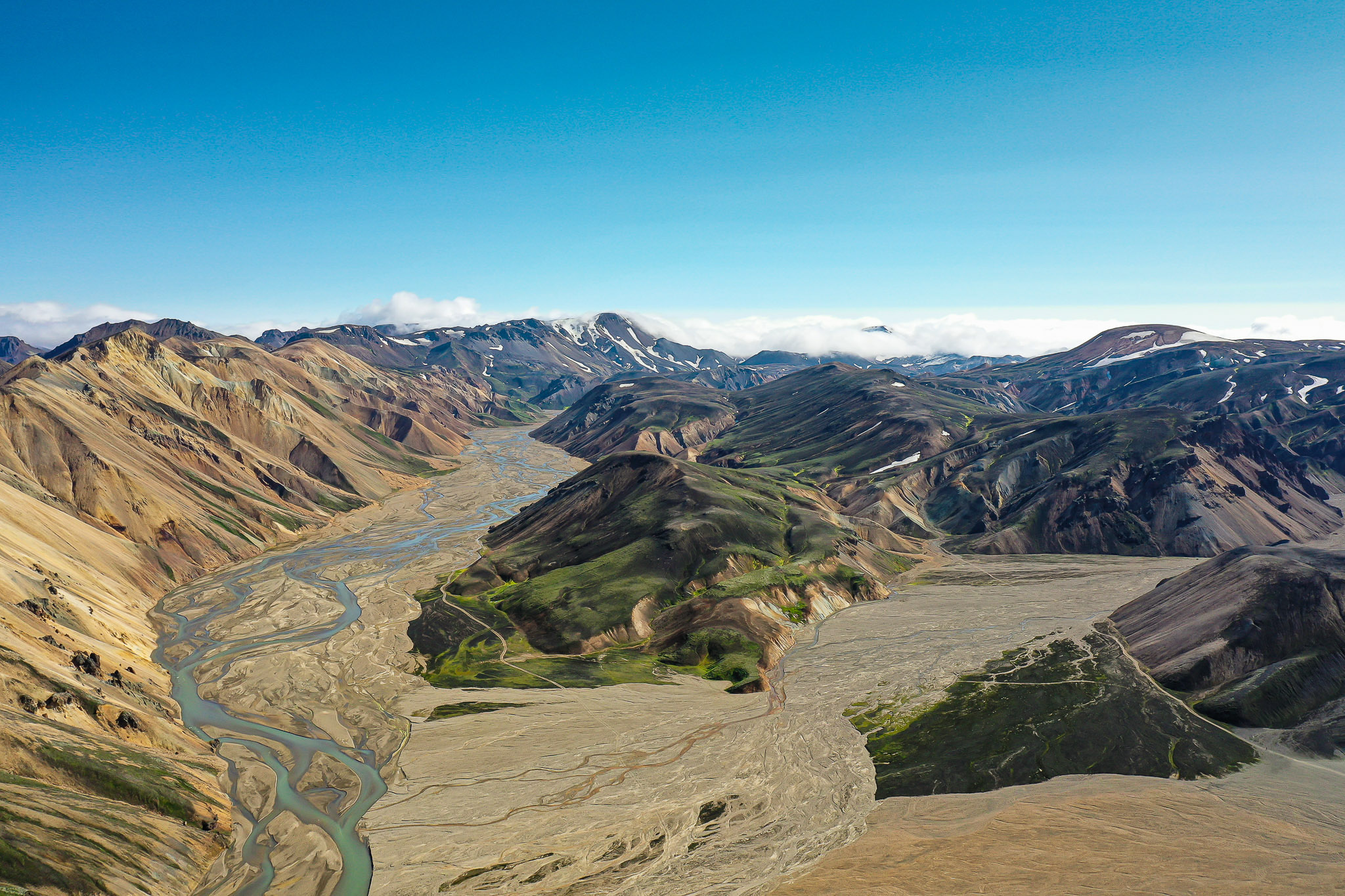 Landmannaluagar is located in the heart of the Icelandic highlands. It is well known for its spectacular hiking trails, rhyolite mountains, and the geothermal hot spring. Landmannalaugar is a truly rare area, both geologically and aesthetically. The dramatic region can be found nestled beside the raven-black Laugahraun lava field, a sweeping expanse of dried magma that originally formed in an eruption in 1477.

Our first stop will be one of the highest waterfalls in Iceland. Háifoss or "The tall waterfall" is 122m high and located at the Fossá river. Next to Háifoss, you will find Granni (neighbor) and together they make for one of the most beautiful sights in Iceland.

"The valley of Tears" is truly one of the hidden gems you should not miss when you visit Iceland. Numerous waterfalls run down into a canyon filled with blue water. The area around it looks like the moon and vegetation is quite rare. Interestingly, Sigöldugljúfur was not always a canyon; it was once filled with the water from the Tungnaá river, before the installment of the Sigala hydroelectric station which changed the geography of the area.

Bláhylur or Hnausapollur was formed in 871, about 1200 years ago, in a massive volcanic activity that occurred in both Bárðabunga and Torfajökuill calderas simultaneously.  It is a famous eruption because it transformed a large part of the highland and happened at the same time as the beginning of the settlement of Iceland.

Landmannalaugar, or the 'People's Pools', is a vast area of stunning and unique beauty in the heart of Iceland's southern Highlands. Throughout the summer, it is one of the most popular places for hiking -- either over one day or several -- and for natural hot spring bathing. Landmannalaugar itself is made up of windswept rhyolite mountains, a rock type that creates a full spectrum of dazzling colors. Shades of red, pink, green, blue and golden yellow make for an ethereal location. We will take you on a 2-3h moderate hike to a viewpoint where you will have a spectacular view over the whole area. 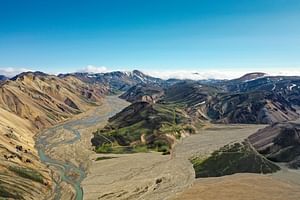 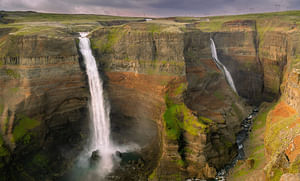 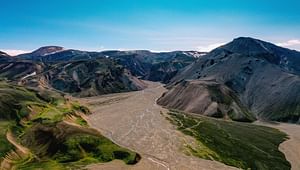 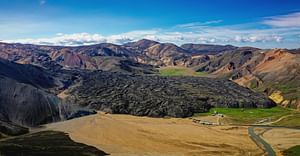 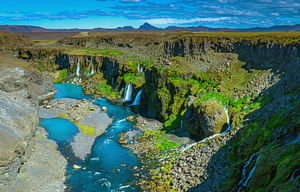 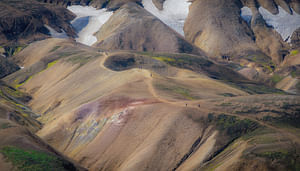